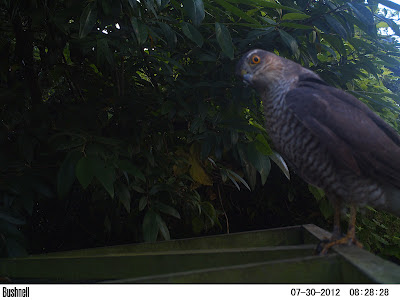 This big adult female Sparrowhawk has become a regular here. She was brought in as  young bird with a dippy wing from Scarboro.She needed time out and was carefully looked after , ringed and eventually released from my back gate. See previous blog of her going. She returned after 10 days and I put food out for her. She became a regular and is in her third year. She disapeared last spring for 6 weeks . I presume she had been nesting and things hadn't gone well. She hung about the garden resting and feeding after. She remained off and on and this year she went missing for over 3 months.I was delighted to see her back 3 weeks ago where she appeared on top of an avairy. She looks to have a good brood patch and is eating and carrying food away. I put the spy camera out and here she is having her picture taken ! A beautiful bird living a wild life but allowing me a small glimpse of her antics, mega.


This young Kestrel came in thin , bruised and on one leg.
I can't find a break, his feet were scuffed and he was found on the road side. So think he may have been knocked. He allowed me to tit bit feed him today , so fingers crossed he will recover.

The hedgehogs are doing well, growing and eating all in front of them. I've some young birds on the go and the last juv Tawny is nearly ready for the off.﻿ 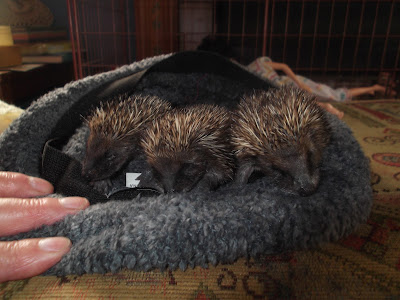 There's lots of weaning hedgehogs about , plenty of food available but they get cold, wet and fly blown very quickly in this weather.
So get rid of fly strike, warm them up and feed well.
I've got 15 in , all doing well.
They need to put on weight and then they can go out again.

Some needed syringe feeding just to get them going. 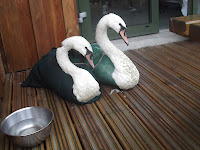 These 2 sisters had flown into overhead wires in Hull.
Both were bruised and sore and a bit jangled up.
They spent time out with me before release.
Both were marked on their necks by the wires, unlucky to hit them but lucky it was just slight. 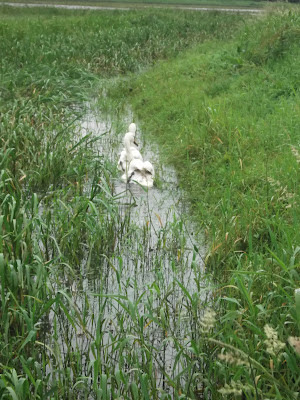 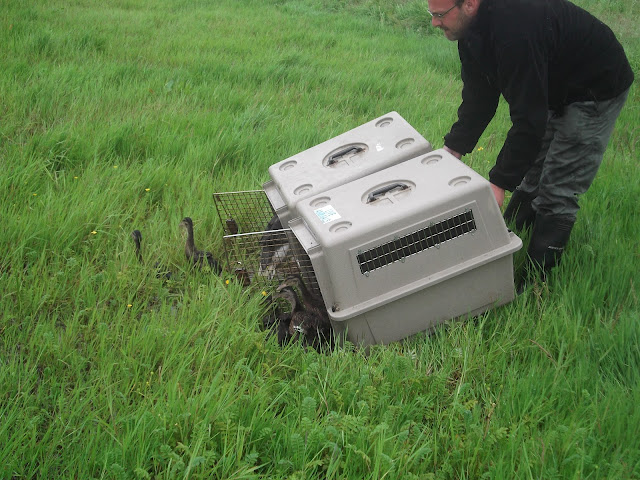 More Mallard ducklings and a single Greylag gosling being released by Craig Ralston of N.E.
at the Lower Derwenrt Valley Nature Reserve. The ducklings came in from far and wide , the gosling was walking the road with his mother, newly hatched by the local shop! I tried to quietly herd her to the nearest water which was a fair way off. She got spooked and flew high and wide and was not seen again.So the gosling was reared with the mallards. They've been out a week or two now .
I went for a look at Wheldrake this week and there they all are looking good with the Greylag still in attendance ! 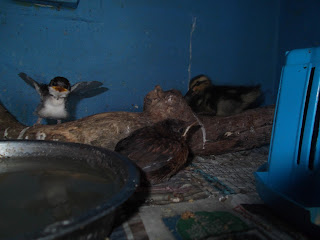 Warm cupboard and the odd bods ! 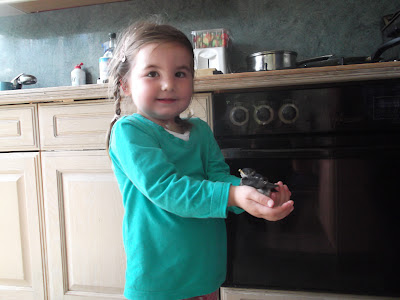 How cute are these ?
Bella with a house martin and mallard duckling. 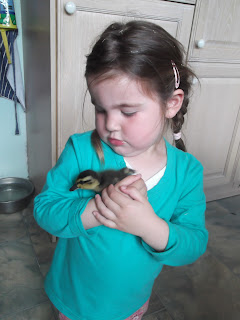