Variety is the Spice of Life.

﻿﻿
Another rta otter cub , she was 3.1kg and knocked near Skerne, Driffield. The finder and local police took her to vets at Bridlington. She was knocked out and had lost a canine tooth and had a badly broken front leg. Otters will not tolerate any external fixations on breaks so she was sadly put to sleep. 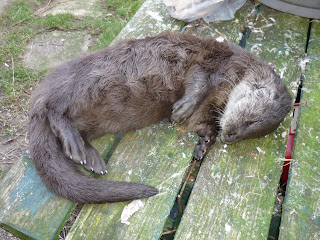 
This big badger was found sat in an open shed near Lockton. He had badger fight wounds to the rump and neck . I managed to box him and he was seen by the vets who prescribed a course of antibiotics. He fared well, ate up and I managed to inject him every other day. He returned to his territory in the snow and frost. His claws tip tapped on the cold hard ground as he belted off back to his sett. 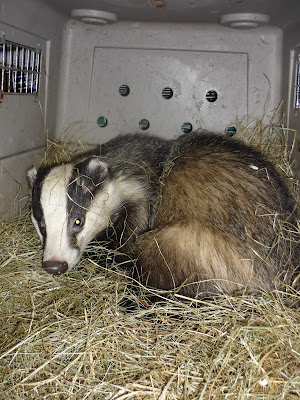 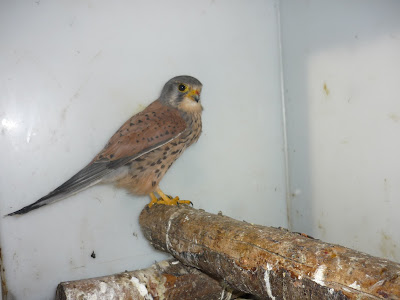 I was traveling back on the Stamford Bridge road where a rta dead pheasant was being eaten by this male Kestrel. He was then run over by the car in front of me, right place right time. He was rolled over and was stunned and flicking. I gathered him up and took him straight to the vets where Mike Jones gave him steroids to counter the shock. He came home and rested and fed well . He was released back and flew well into nearby woodland.
This Tawny was caught up in fishing line and had a bruised wing. He came for some quiet time , fed well and was released back. 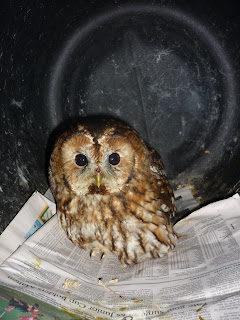 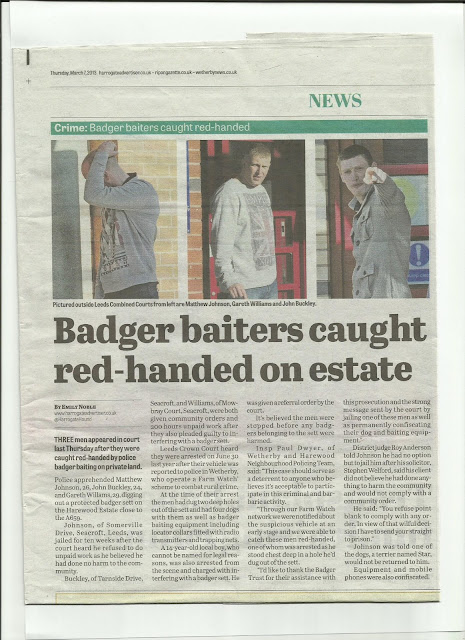 I have been in court again as badger expert witness. 4 men were caught near Harewood digging an active badger sett last June. We got there in the end and they were convicted. I wish the punishments were more realistic but a guilty is a guilty. These men are well known in Leeds ,I always hope they will learn a lesson from being in court but.............
We need some sunshine and warm weather, it is cold, frosty, bitter wind and snow flurries, spring is on hold, roll on.
Posted by jean thorpe at 03:16 No comments: