Red Kite
A Red Kite was found downed up on the Wolds. The bird was taken to Robert Fuller, I collected the bird and took him for examination at Battleflatts vets where Mark did an x ray. 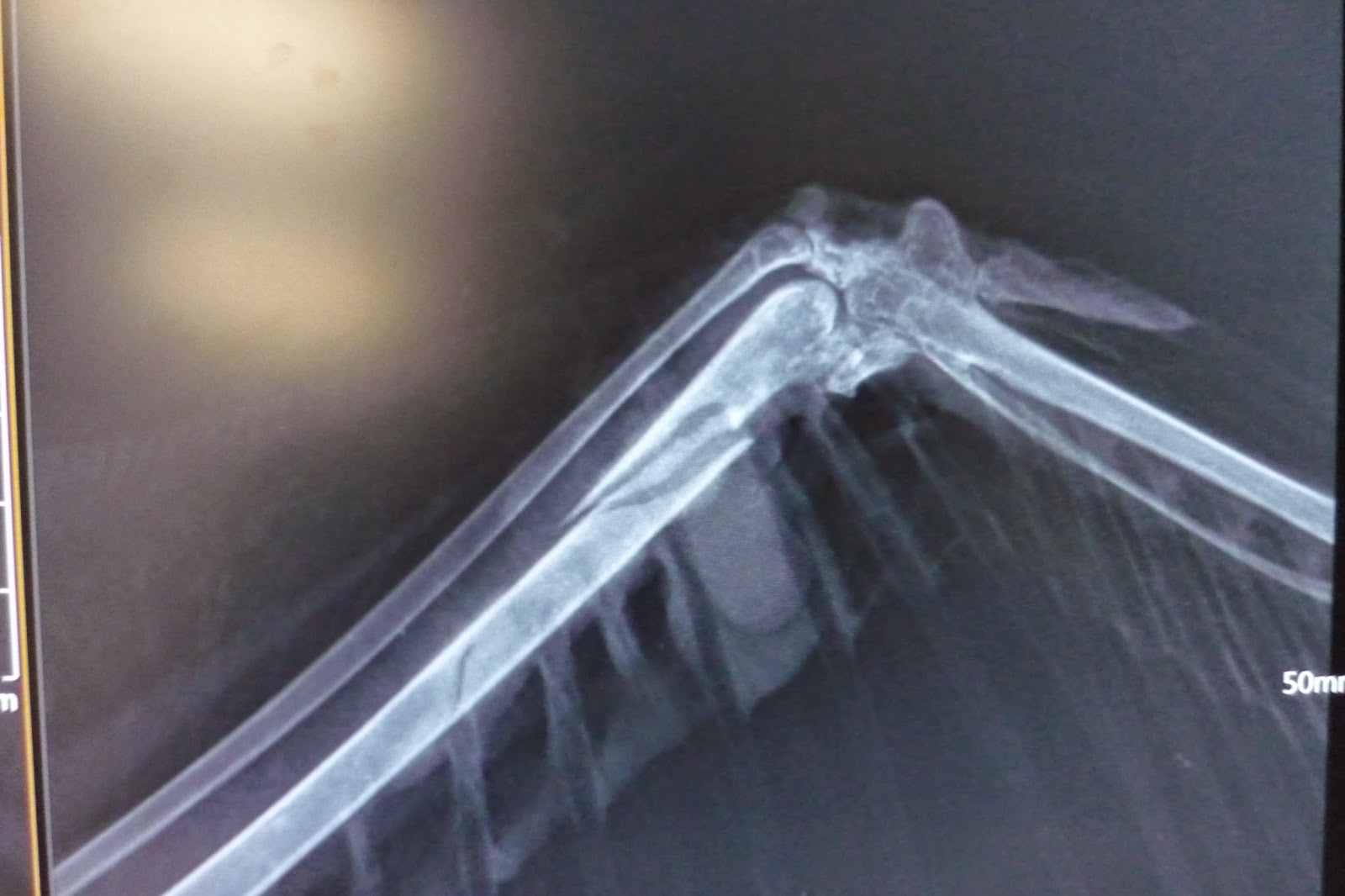 The wing was fractured but thankfully not the joint, but close enough to be a concern.
The x rays also showed damage to the air sacs so we think he may have been a road casualty.
The fracture was stable and healing, so he needed to be well fed and rested, easier said than done with big birds of prey !
Things went well and the bird was confined to a quiet shed , he would not eat, I tried rabbit, hare, partridge , dead day olds etc. So had to tit bit feed him quietly twice a day . He gained weight and looked thoroughly fed up as Kites do in rehab. They are beautiful birds all feather with that wonderful long forked tail. He began to look perky and his demeanour improved no end.
The fracture site settled down with no swelling or heat. I tried him in an aviary and he flew !
Making the decision to release is often hard as birds need to be good flyers to lead a wild life.
I have lots of experience of rehabbing big birds of prey and you have trust your instinct . 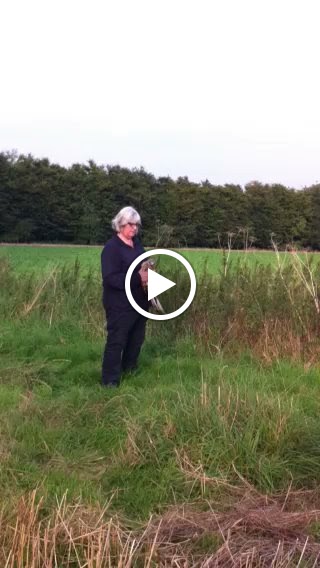 The decision was made and Robert, Vick, Lily and Ruby Fuller went with me for the release.
Vick took the video on her phone, as you can see all was well !

Buzzards.
A lovely young buzzard was found floundering in a horse field near Beverley . The persecution of Buzzards is rife here in North Yorkshire. So every bird of prey is x rayed looking for shot or poisoning. This young Buzzard had swollen kidneys which press on the nerves to the legs making it difficult for him to stand. The reason why , we don't know , this is the second Buzzard I've had with this condition and sadly the first didn't make it. The bird was sensitively handled and he improved.
His release was also filmed by the kind family that found him , MEGA ! 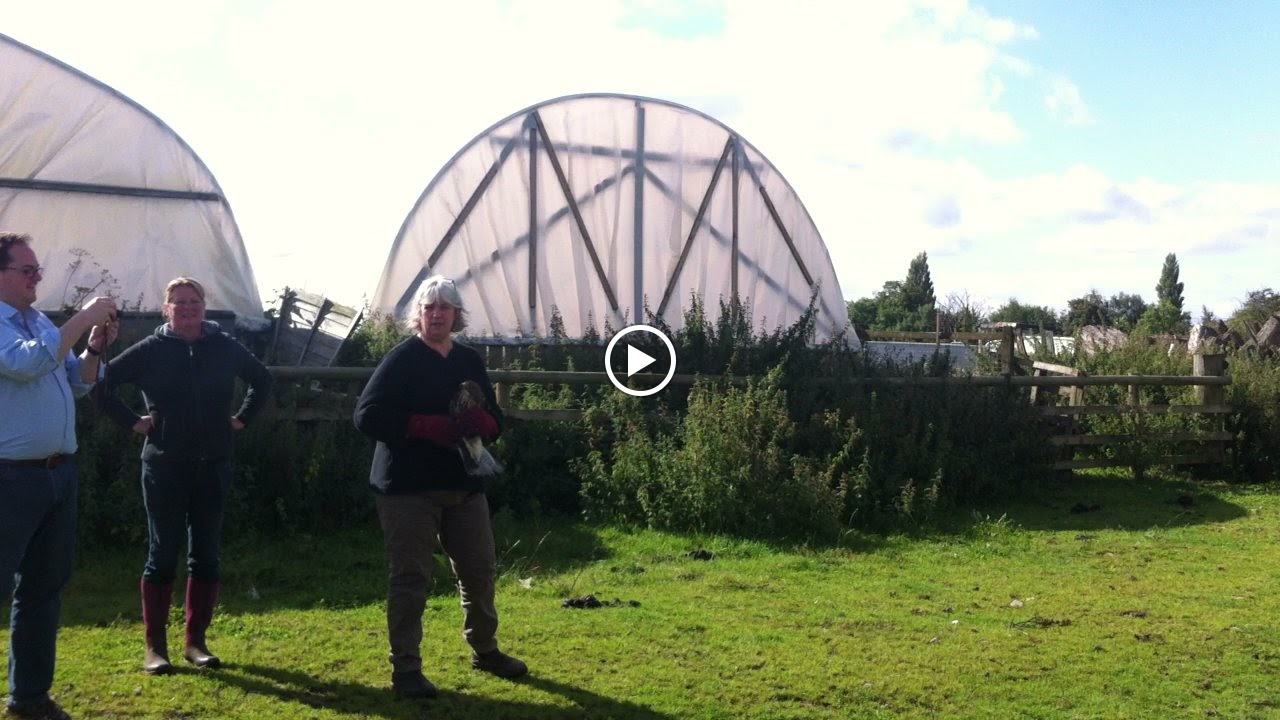 Barn Owls.
This fine second brood of Barn Owls are from a nest box locally , just hope the tiny one survives too .