2014 arrived with a happy and amazing surprise an M.B.E.. Robin and Diana Arundale of Wolds Barn Owl Group had been busy earlier in the year and put together the nomination. They were supported by Craig Ralston of Natural England, Mike Jones ,vet at Battlelflatts Vet Clinic , Stamford Bridge , York and Mike Jackson BTO A ringer and trainer. My thanks to them for their continued friendship and support. It was all rather overwhelming and surprising to know I'd been given such a wonderful award. Lots of local people have congratulated me and I've had some lovely letters and cards from family, friends and strangers .

The work with injured wildlife casualties continues with the New Year bringing a stunning Whooper swan from Craig . This lovely bird came in very ill and lethargic. Mark Naguib vet at Battlelflatts gave him the  once over. He was x rayed with the help of superb bird vet nurse Leeanne and found to have lead shot in his gizzard. We tried a gizzard flush under anaesthetic which moved the shot but did not remove it. The bird was put on medication and he came home hoping he would recover . Whoopers call out , honking for their own and miss their families making them difficult patients in rehab. 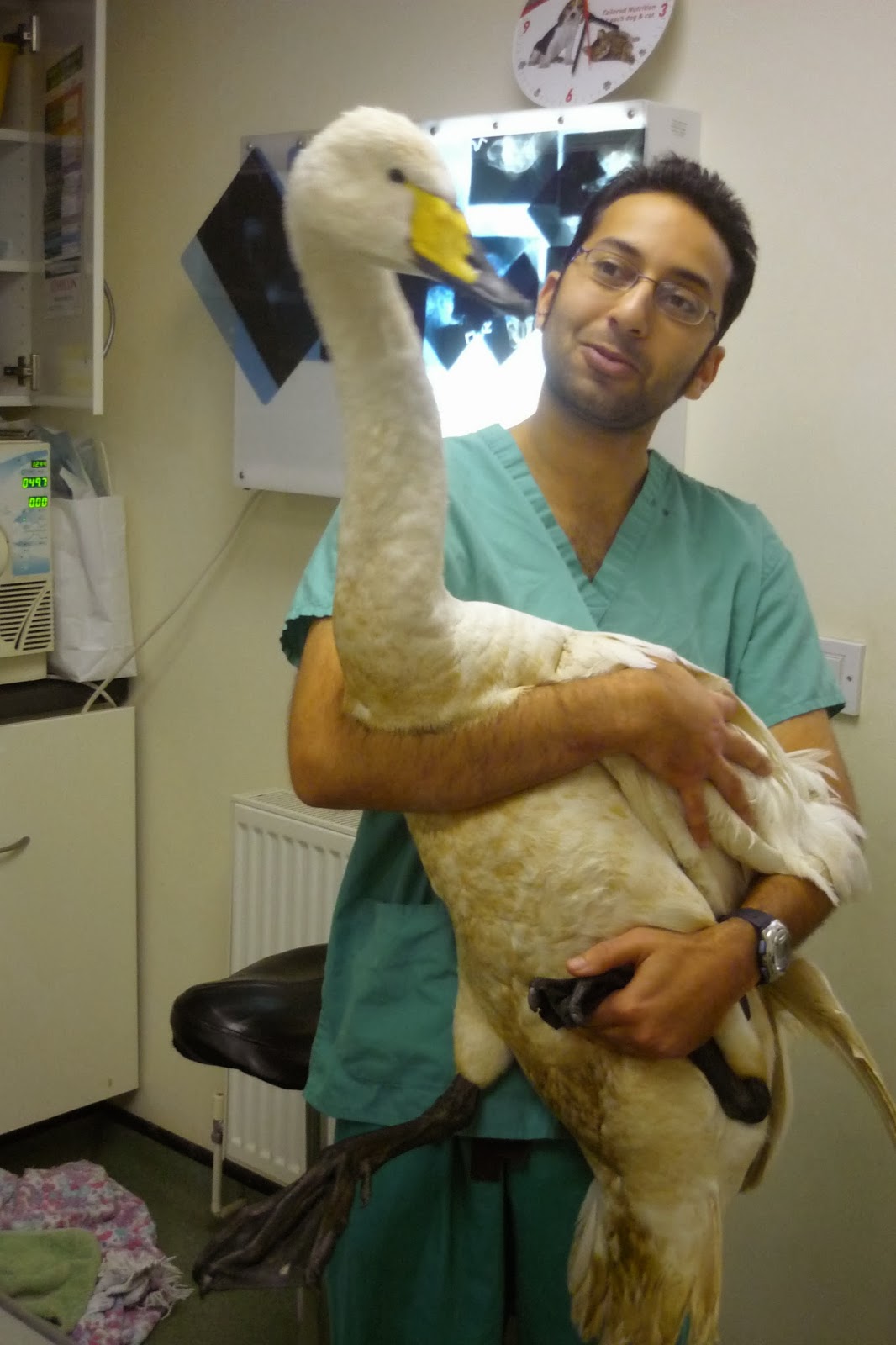 He faired well and made some progress but the reason for the problem was still inside the bird and we knew it needed to go before the bird could fully recover. He was taken for more treatment with Mark and the dreaded lead at last was out. The bird was then given an expensive supplement to boost his condition before release.
He was a lovely bird to deal with and had to put up with a lot of handling etc. which he managed to contend with. Always hard for a wild bird and Whoopers are such wild birds not like Mute swans who are used to humans. The Whoopers at the NNR at Wheldrake / North Duffield are wild visitors from Iceland who come visiting for the winter escaping the severe cold from their homeland. They live and travel in family parties and grace the flooded ings , they are well worth a visit .

At last he was ready for release and was BTO ringed and a yellow darvik fitted to his leg, so we'll always know him and hopefully will learn of his travels via the BTO and WWT. 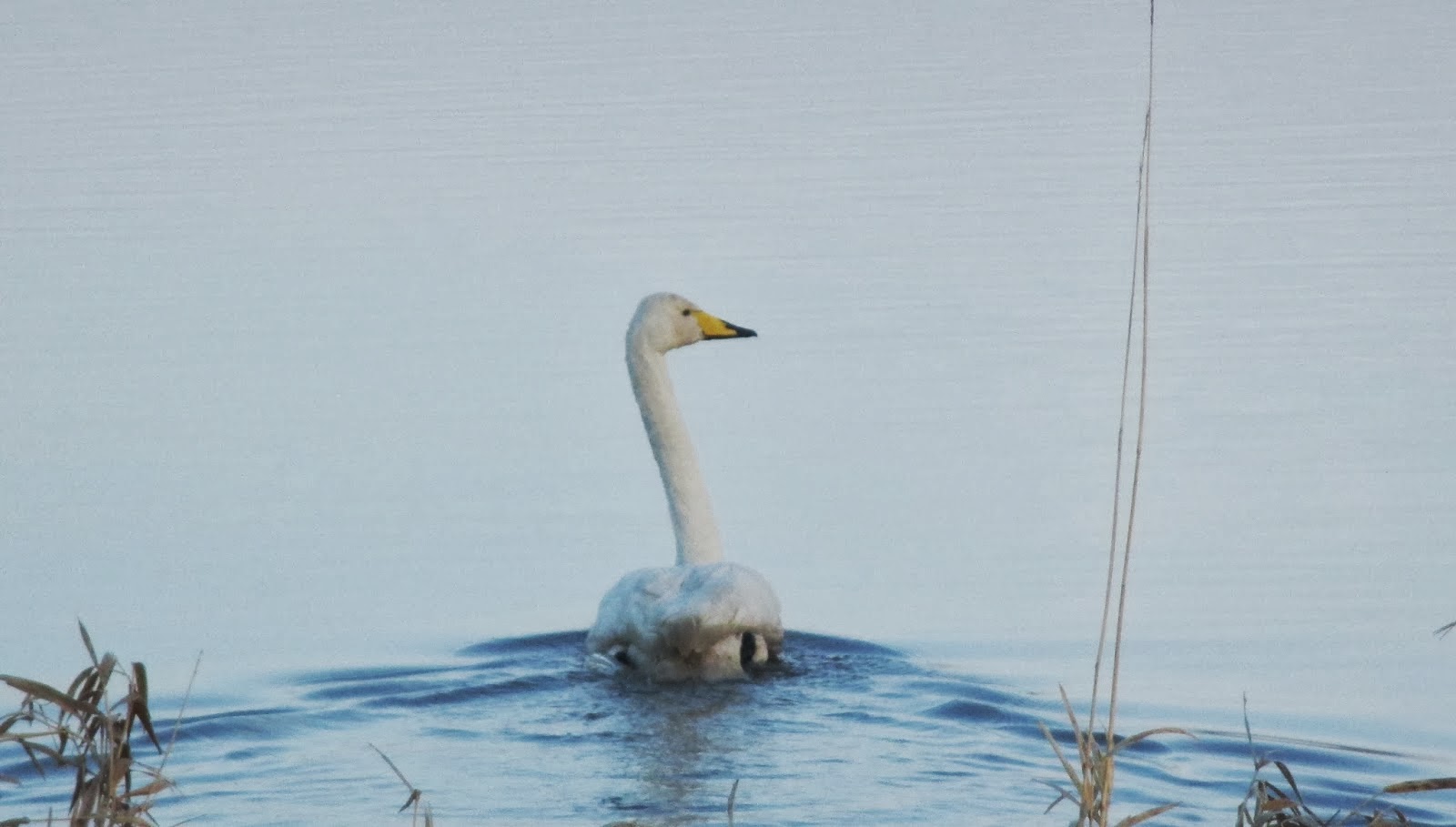 Mark the vet joined Craig and I for the release. Craig knew where the Whooper flock were on flood water near Aughton. It was a cold frosty morning as we carefully made our way to let the bird go.
He honked out his pleasure at seeing the distant flock of his own in the cold mists of the reserve. Mark placed him in the cold water and he paddling quickly away from us to join his clan. As he approached the Whooper flock he honked out and they replied, head bobbing their pleasure at seeing each other.
Amazing, what a start to 2014 ! 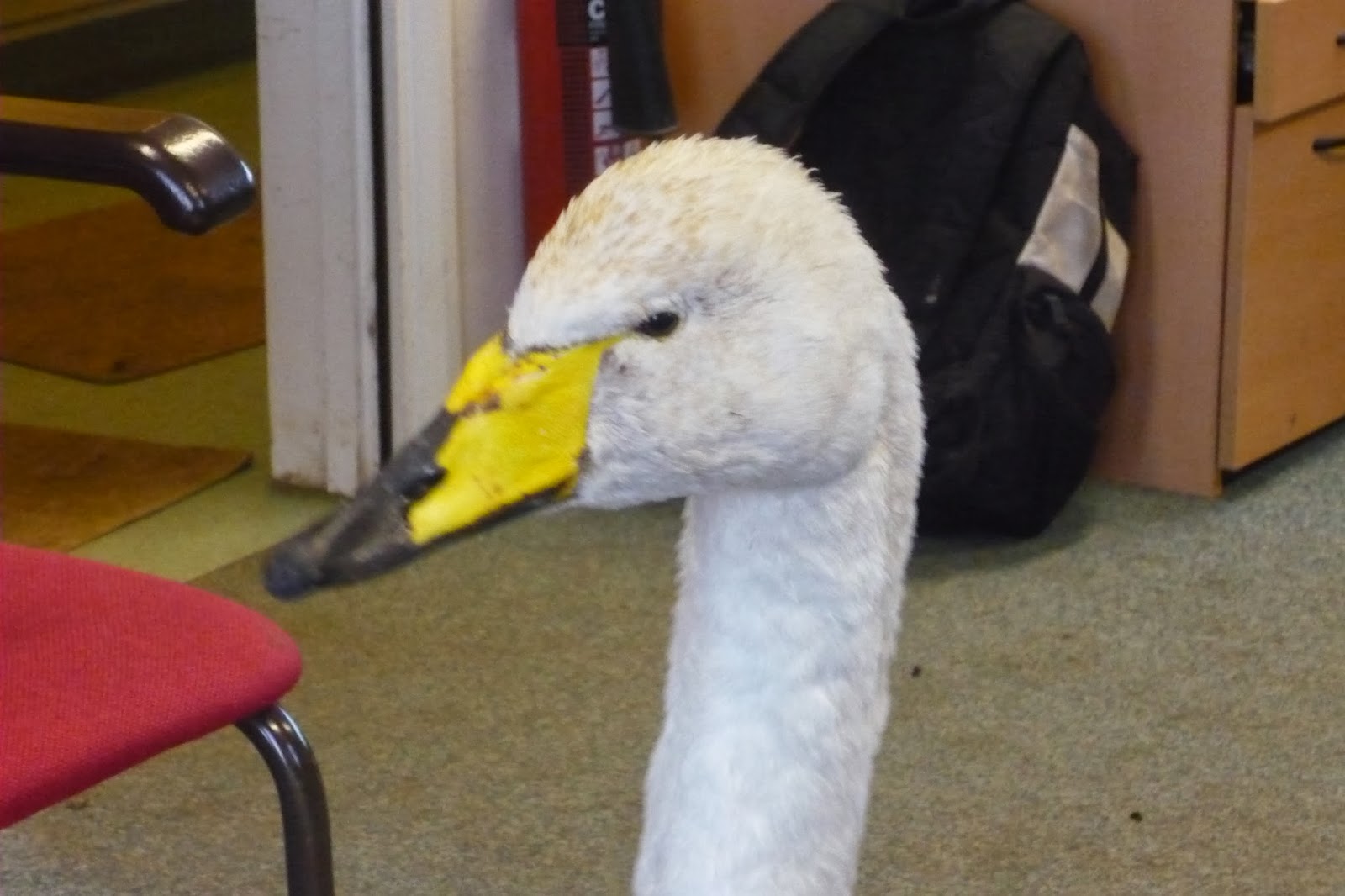