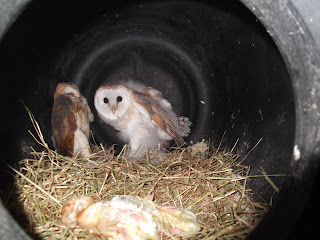 3 late Barn Owl youngsters are residing here for a while. The little fluffy male was found sat out yesterday in the rain. He was wet and straggly and far too thin. A night in the warm cupboard with food has put him right this morning.  He'd managed to eat of his own accord in the night so is out and away from human contact in a warm dry hutch in the garden. He should do well but is only about 4/5 weeks old so he has a way to go yet.

The older pair were put together in a small aviary with barrel box for shelter. Both are flying and ate well over night . They will need soft releasing with back up of food and barn owl nest boxes to roost in .Let's hope for a dry, mild winter . 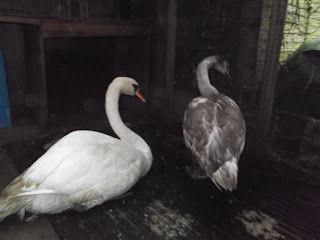 Swans appreciate other swans in rehab and these 2 came in with a couple of days of each other.
The big adult male is an old friend of mine, we have crossed paths many times. He is the adult breeding male from Beck Mills.He has fathered many broods of cygnets on the pond on Welham Road and has been fed by many local people.  He is BTO metal rung but has a small round hole in the webbing of one of his feet so is instantly recognisable when he's out of the water. He was found under telegraph wires near the golf course in Norton. He has a slightly dropped bruised wing and is on anti inflammatory's but no breaks so he should do well.
His new friend is an extremely lucky bird after having an altercation with a train !
The train driver hit this flying swan and she spun round three times in front of the moving train.
The RSPCA collected her and she was x rayed and cared for overnight at Battleflatts vets at Stamford Bridge, where she was very flat. She came here after picking up and the pair of them are chatty and eating well.
﻿
﻿
﻿
﻿
Posted by jean thorpe at 01:34 1 comment: 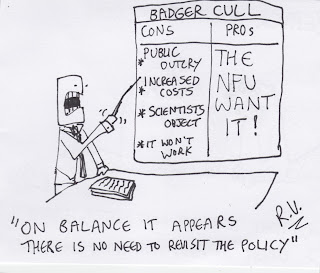