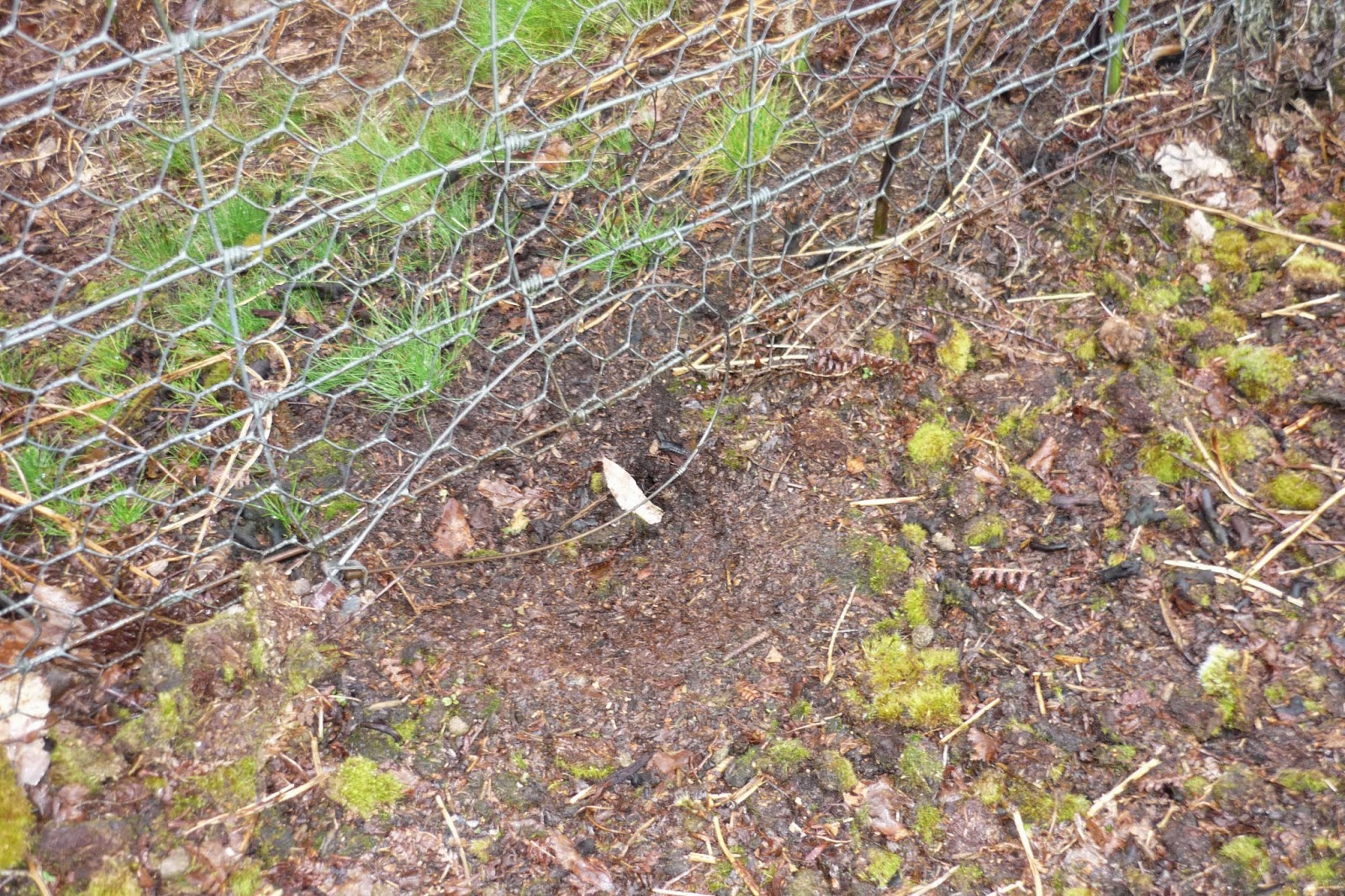 Snares.
An adult badger was found in a snare up on the moors above Harrogate. She was released but other snares were seen on the deer fence line.
PC Gareth Jones, Alan Farr RSPCA and I went for a look. We found illegally set snares under fence lines and on a gateway. There was an active badger sett close by, we pulled the snares closed and Gareth did the investigation. The land belongs to Yorkshire Water who have a no snare policy on their land, so no one would own up to setting these horrendous archaic methods of torture. The snares mysteriously disappeared , a grouse moor is yards away so we make our own conclusions . So damn frustrating. 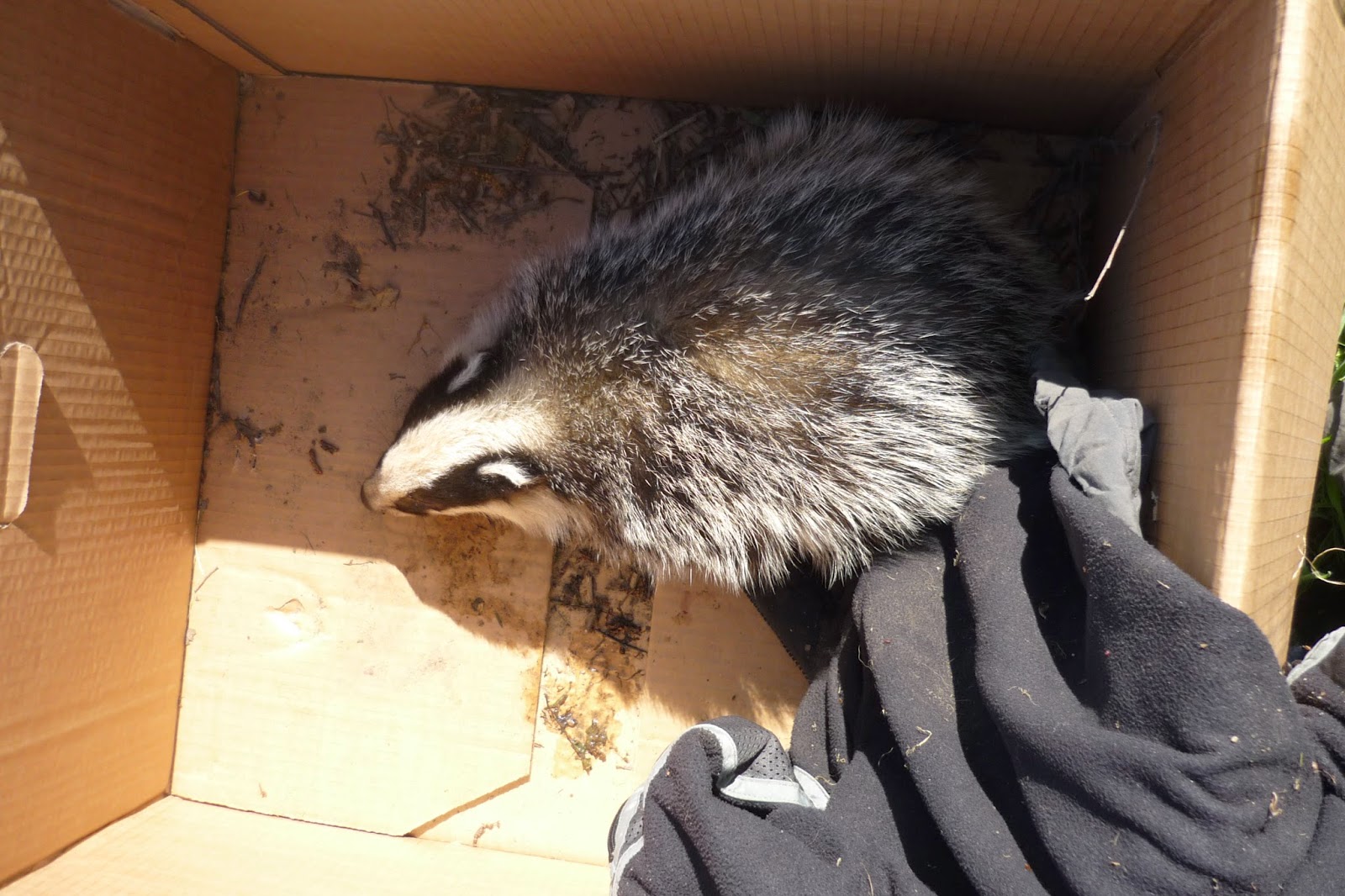 A young boar badger cub was found wandering on a golf course in Leeds. The staff there picked him up and I went for a look. There was an active badger sett close by and after looking the cub over decided to put him back. He was in lovely condition , very spity and bitey and soon dashed off below ground to home. The staff kept a close eye on the sett and all was well. 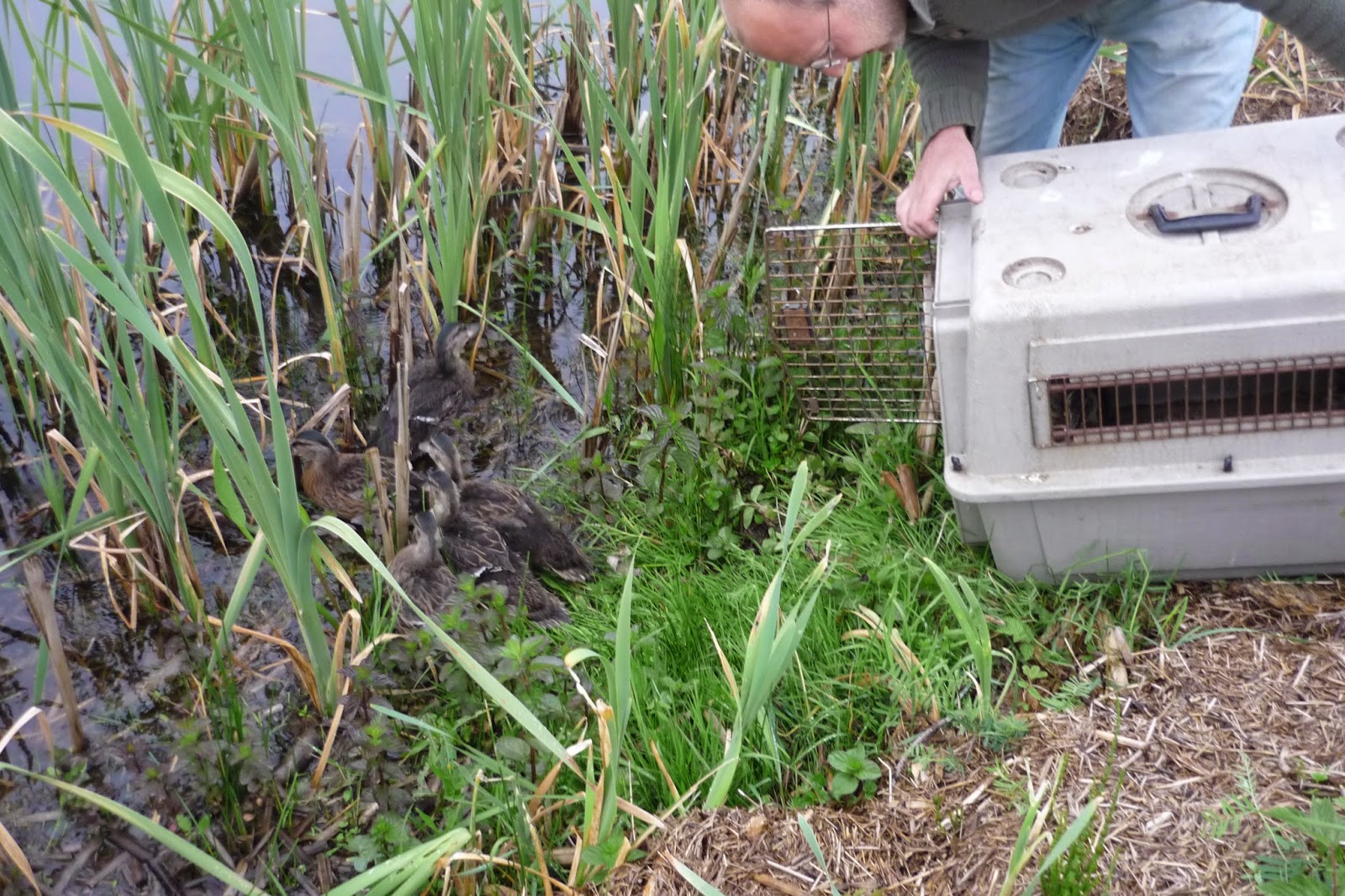 I've reared 40 odd Mallard ducklings so far this year with another lot at home doing well. Here's Craig Ralston Senior Reserve Manager LDV releasing some on the reserve. Always good to see them go to such a beautiful place for ducks. 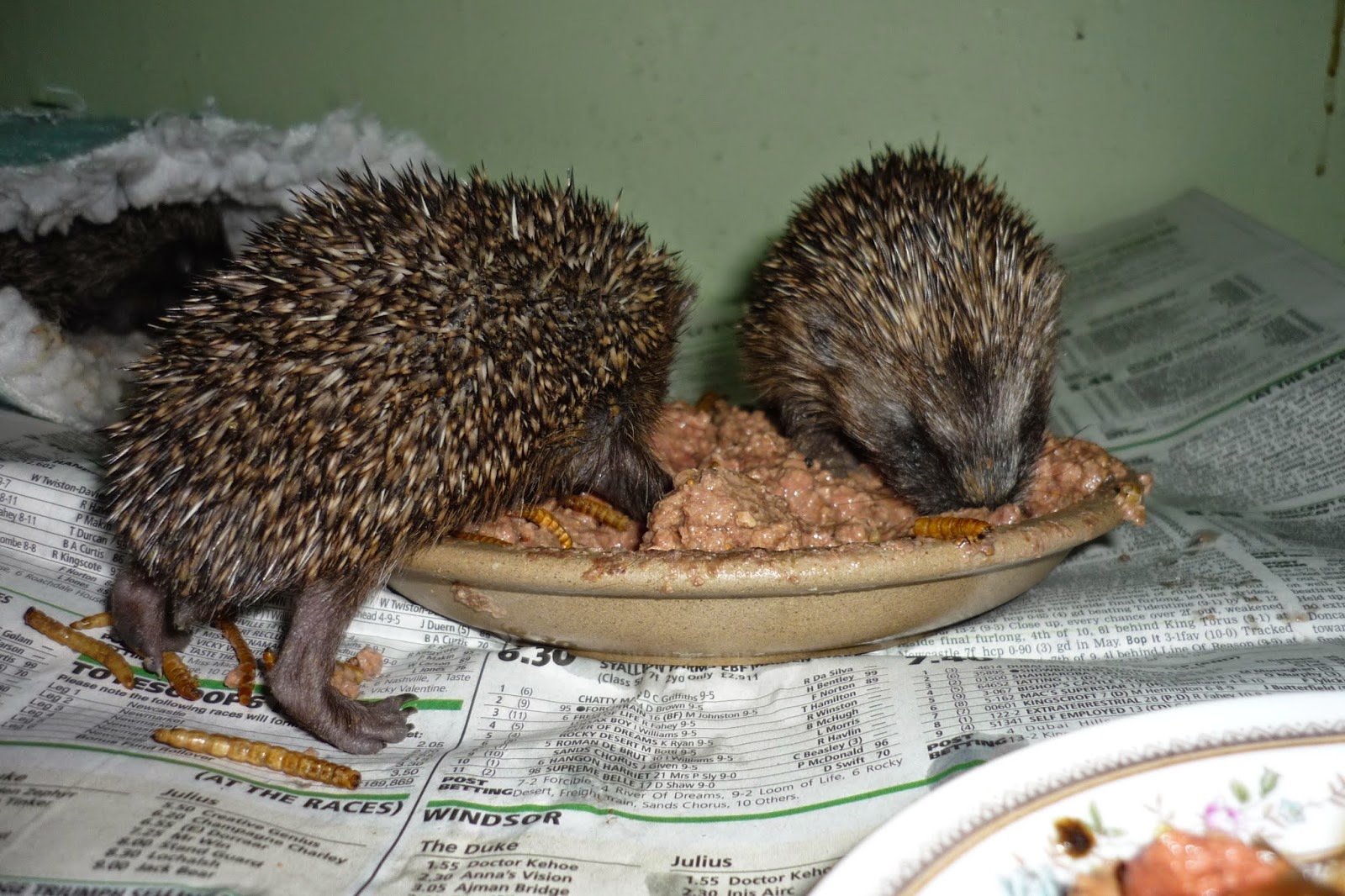 Its turning out to be hedgehog year. I have 19 juv hedgehog here, 10 of which I've hand reared. Hedgehogs have had a hard time of late so its good to see numbers may be on the up. They are little characters and need feeding round the clock so its tiring work but worth it. Most are out in pens now and tucking into cat food and meal worms. If anyone has suitable release sites let me know. They need some rough cover with no slug pellets used and away from busy roads. 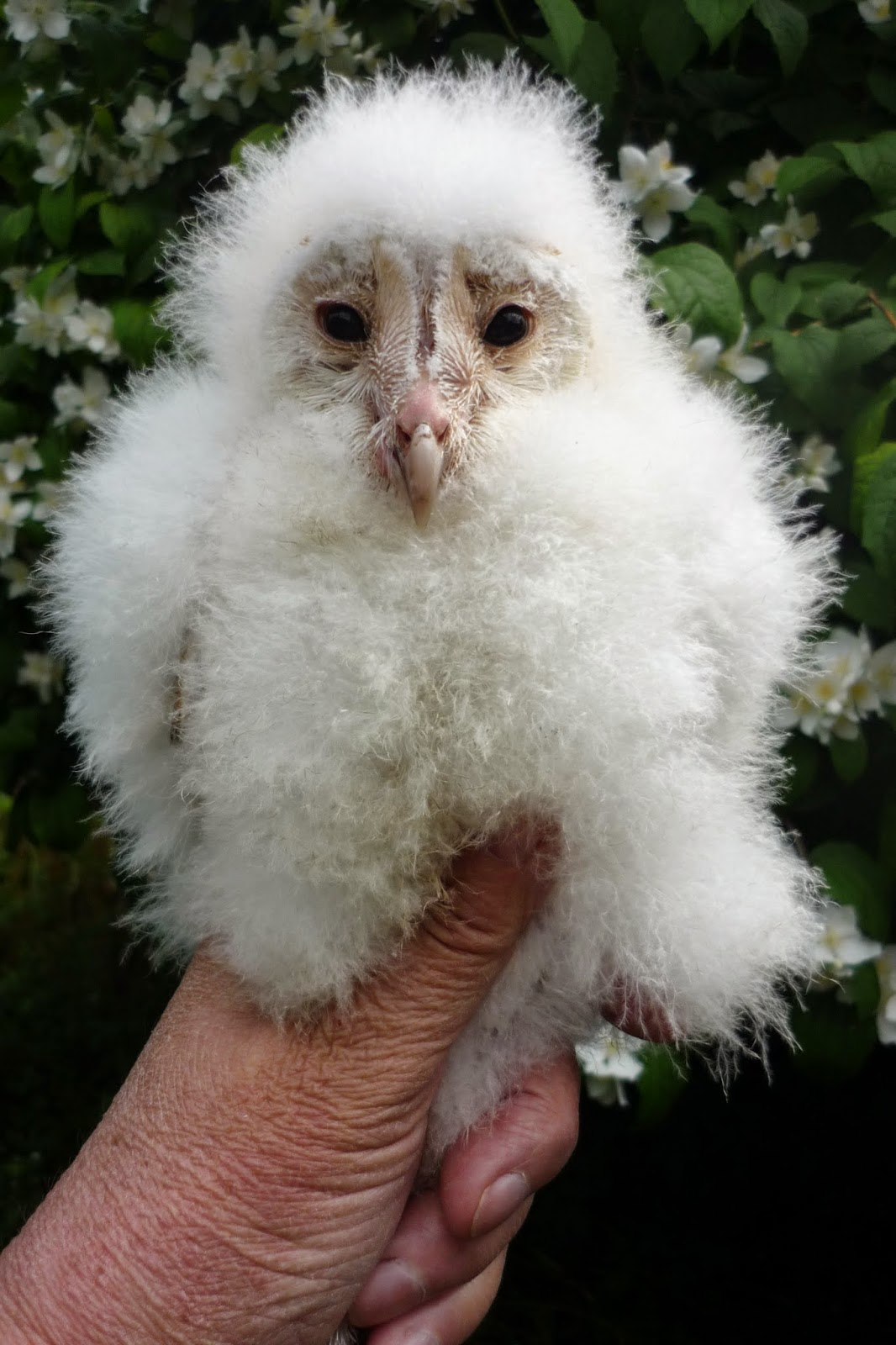 I'm pleased to report Barn Owls are having a bumper breeding season . They have found the last couple of years difficult with cold winters and wet springs.
The nest boxes have been full of young birds. This fluffy youngsters was found below one in a dutch barn. He was well and one of his doting parent was close by.
He was put back and hopefully has fledged with his other off spring. 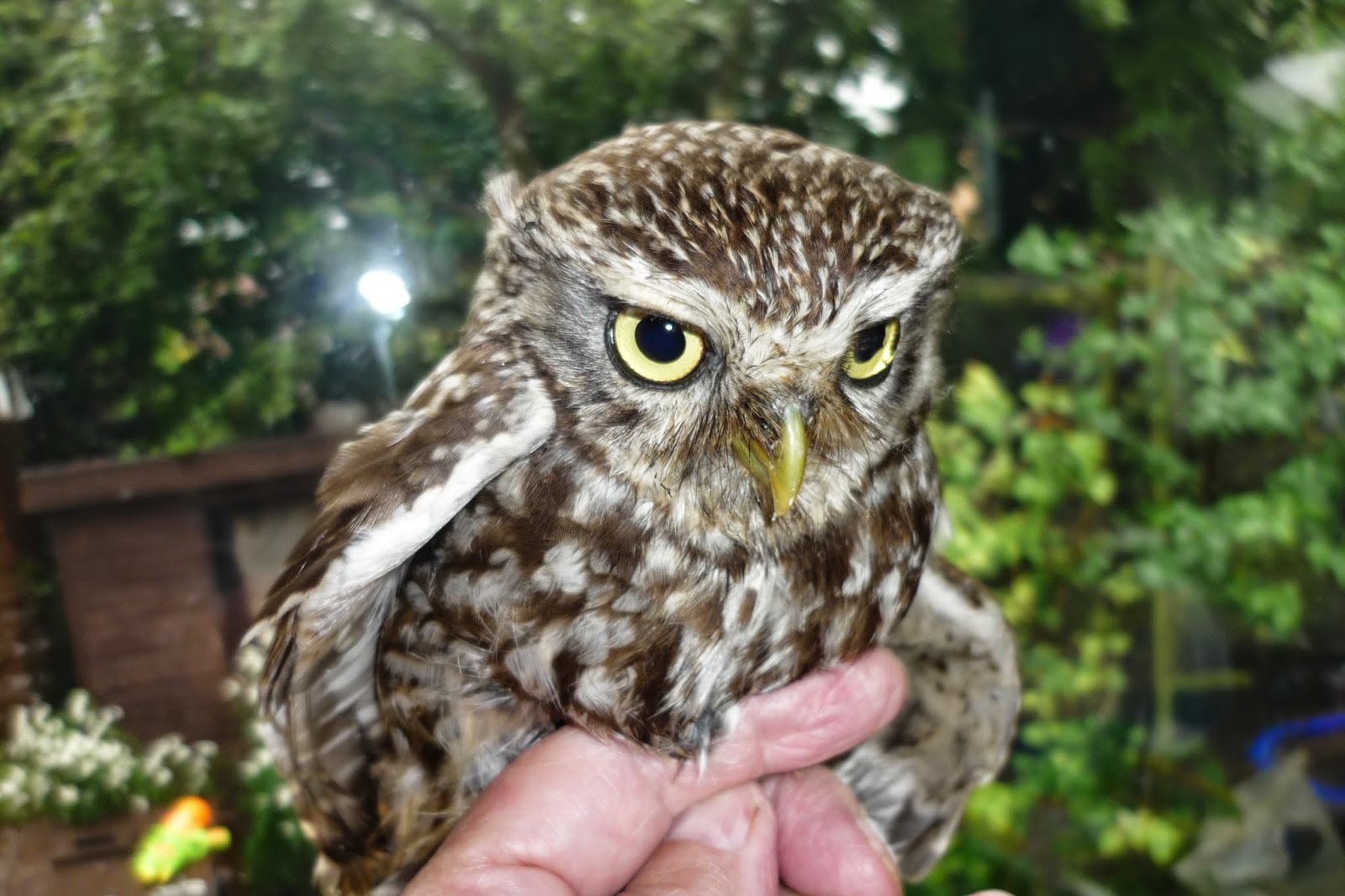 Little Owl found on a busy road near Burstwick , was successfully released back yesterday. She had a brood patch so was a breeding bird, hope she found her family after a short stay here.